A Fetus Is Not A Person

"A fetus is not a person; it’s a clump of cells." You’ve heard abortion advocates make this pseudo-scientific argument before. But what happens when we deny a group of people their personhood? The Holocaust, enslavement of African Americans, and the oppression of women, to name a few atrocities. Dr. Christopher Kaczor, Professor of Philosophy and author of the book, "The Ethics of Abortion: Women’s Rights, Human Life, and the Question of Justice," digs into the moral and literal meaning of personhood and details exactly why it applies to preborn children.

Some say that abortion is permissible because a preborn child, or fetus, is not a "person". So let's ask the question, "What is a person?"

In everyday conversation we use the terms "person" and "human being" to mean the same thing. I'm a person. You're a person. Your parents are persons. Children, yours or somebody else's, are persons. Your dog? You dog might have a lot of personality, but not a person. Your car or computer? Definitely not persons.

But the terms "human being" and "person" do belong in different categories. "Human being" is mainly a biological term, whereas "person" is mainly a moral term, referring to an individual's value or rights.

Now, it is simply a scientific fact that preborn children are human beings. Every prenatal human being is an individual member of the species homo sapiens. From the moment when the sperm fertilizes the egg, the preborn child has his or her own unique genetic identity. The question then arises, do all human being deserve basic human rights? Are all human beings persons? Or do only some human beings (those similar to us) have value and worth?

Every time in human history that we have said that a certain group of human beings are not "persons," it has resulted in horrible tragedy. Think of the slavery of Africans, or the holocaust of Jewish people, or the oppression of women. All of these human rights abuses came from denying a group of human beings their personhood.

So let's look at the differences between persons like you and me and prenatal human beings. We can easily remember all of these differences by the acronym S.L.E.D.: Size, Level of Development, Environment, and Dependency.

First, SIZE. Some abortion advocates will say that prenatal human beings are not persons because they are so small, about the size of a dot on a page, and less than a couple inches in the first trimester. But size is irrelevant for an individual’s value. Each one of us is tiny in comparison to a huge boulder, but we are much more valuable. Is a newborn baby less valuable than a huge football player? If you were zapped with a shrinking ray that made you two inches tall, would you no longer be a person?

What about LEVEL OF DEVELOPMENT? Some say that persons must have developed a certain level of rationality, or capability of thought. "Fetuses are not persons because they lack rationality, and so it is OK to abort them." If this was true, we would have to deny personhood to infants, since they can't mentally outperform animals like dogs or cats. Many full-grown adults have severe mental handicaps, but we do not hold that their lack of rationality is grounds for mistreating them.

Others might say that persons must have developed the ability to suffer. "If fetuses are not able to suffer, then it is OK to abort them." Well, is it OK for an adult to be killed painlessly while they sleep? No, that would still be murder. Moreover, rats have the ability to suffer, but no one thinks that rats are persons with equal rights to us.

How about ENVIRONMENT? Is a preborn child not a person just because it is still in the womb? What is the magical thing that happens at birth that suddenly bestows personhood onto the baby? It is hard to believe that killing immediately before birth is morally fine, but killing immediately after birth is morally monstrous. For this reason, some defenders of abortion also defend killing babies after birth, infanticide.

Lastly, DEPENDENCY. Some say personhood happens at viability, when the fetus can live independently from the mother's body. But a newborn infant is also completely dependent on adults to survive. Moreover, ever changing technology causes the line of viability to move closer and closer to conception. So dependency is arbitrary as well.

In conclusion, to say all human beings are persons is to promote human equality and inclusivity, and to ensure that no human being, born or unborn, is ever deprived of their intrinsic dignity and basic human rights.

Article in Harvard Law Journal concludes: The preborn child is a constitutional person

The Constitution, deprivation of life, and personhood

The Constitution does not provide an unconditional right to life to any person. Pro-choice hysteria to that effect is unfounded.

Doctor on prenatal surgery: If the baby is a patient, then he’s also a person

In a recent video linked on Facebook, Dr. William Lile, an OB/GYN in Florida, speaks about how children in the womb are distinct human beings from their mothers, and also how they should be viewed as persons because they can receive prenatal medical treatment.

GUEST COLUMN Former abortionist: 'What’s in the womb is a person… not a blob of tissue’

A former abortionist told a massive crowd at the 46th March for Life in Washington, D.C. [in January] that the pain of post-abortive women needs to be acknowledged. 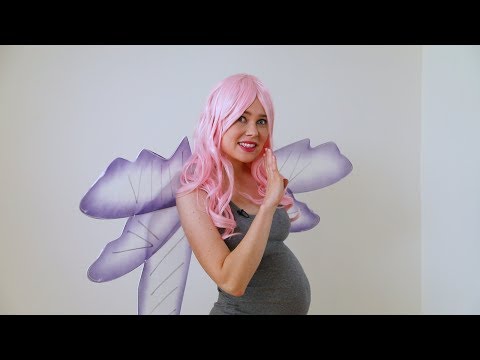 The Ethics of Abortion: Women's Rights, Human Life, and the Question of Justice by Christoper Kaczor

Appealing to reason rather than religious belief, this book is the most comprehensive case against the choice of abortion yet published.